Whether you’re new to management, or have been telling people what to do for a while, it’s likely that you’ll agree that giving constructive criticism is challenging. As humans, it is in our nature to focus on the negative in everything that we do, and when evaluating someone else’s performance, in can be even harder to avoid the pessimistic. But why is constructive criticism so necessary, and how can you dish it out effectively?

RECOGNISE THE IMPORTANCE OF CRITICISM

This seems obvious, right? But you would be surprised about the number of business owners and managers that fail to give criticism or feedback to their team members due to worrying about hurting their personal feelings. Before reading the rest of the article, you need to understand the importance of commenting on your team’s performance – instead of not bothering.

Of course, it’s likely that your team want to know how they are doing in the first place, and maybe frustrated with the radio silence from you, even if they expect you to be quite heavily critical of how they operate.

Criticism is what many people refer as ‘the greater good’. It is a way of life and helps shapes people’s careers as a professional. If you work for a good leader, then you will probably succeed in your position. What’s important is that you phrase your criticism in a way that your team members become inspired instead of depressed.

Your team will look at you as a primary source of inspiration, you should enchant them with your criticism; inspiring positive change.

You need to remember that it is in your team’s best interest to receive your criticism. Your role as a manager is to guide your team into becoming more efficient. Nothing impacts more on creativity and productivity then a whacking great bit dose of negativity.

Your feedback becomes constructive when your team can feed off of it, instead of worrying about keeping their job.

Criticising your team members extends beyond telling them what they need to do to get better. Giving criticism should help your team come to these conclusions themselves, by establishing an environment of self-analysis. This is perfectly achievable via the feedback that you give your team, and how much you tell them. If an employee is new, you may have to give more direct feedback in order to get he/she started. However, as a team member progresses, you should consider giving them less prescriptive & specific criticism at a higher, less detail-orientated level in favour of giving them the room to work-out for themselves what they should do to become more efficient/creative/productive.

TREAT EACH TEAM MEMBER WITH RESPECT

There is nothing worse in the work-place than being subject to an out-and-out ran from your employer. When giving your feedback, you should consider inviting each of your team members into a private one-to-one discussion – letting them contribute to the conversation – instead of talking AT them. What’s more, you team will become employee will become much more efficient in their role if they can correctly identify the areas in which they need to improve. So why not ask the question, ‘How do you think you can be better’ – and if their answer matches yours, then you know that the constructive criticism, that you have been giving them since the start of their employment, has paid off.

Most common interview questions...and how to answer them 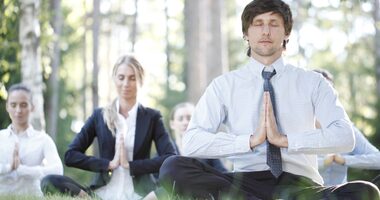 Why wellness is the secret to a successful career 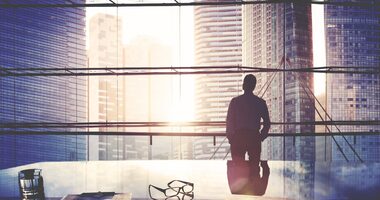