In December 2014, the BBC published a report claiming that it was the opinion of top UK business leaders that the lack of Science, Technology, Engineering & Mathematical (STEM) skills was holding back British recovery from economic recession.

On the subject of the STEM skills shortage, Kevin Green, CEO of REC, claimed that "last year we had nine areas of skills shortages, now we have 43 areas."

So why are we left short, and what can we do about attracting more people into embarking on a STEM career?

As we have emerged from the recession, more and more STEM jobs have opened up due to the increasing investment in science related projects.

But we don’t have enough skilled professionals to fill these roles, and this has been coming for a while now.

If you have a close look, the problem is present at the core of the British educational system, where young people are being discouraged from a STEM career if they are more artistically inclined, which amounts to a huge number of students.

The general perception of people operating outside of STEM based industries, is that you have to be of a mathematical orientation in order to succeed within a STEM career.

But the opinion is changing, especially in the private sector, where more opportunities are opening up amidst a worsening skills shortage.

Many STEM companies and authorities are now opening up, choosing to induct more artsy and creative types into their organisations – helping their practices evolve and grow via a more forward thinking (creative) approach.

However, this change of mind-set is yet to transcend to younger people at an earlier, grass-roots age, by encouraging children who excel in areas such as English, Art, or Sports into a STEM career. This way, children might appreciate a STEM focused curriculum more, instead of completely ruling out a career in this area. 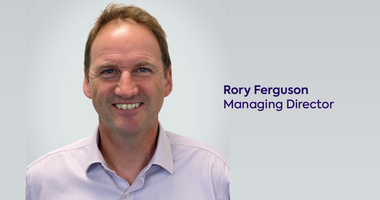 What does IR35 mean for the technology sector?